Zaufane.pl offers an online business solution, offering feedback management service that allows online stores to stand out on the market.

No matter what store engine we used, Fingoweb always took the initiative and challenge to integrate it into the system. 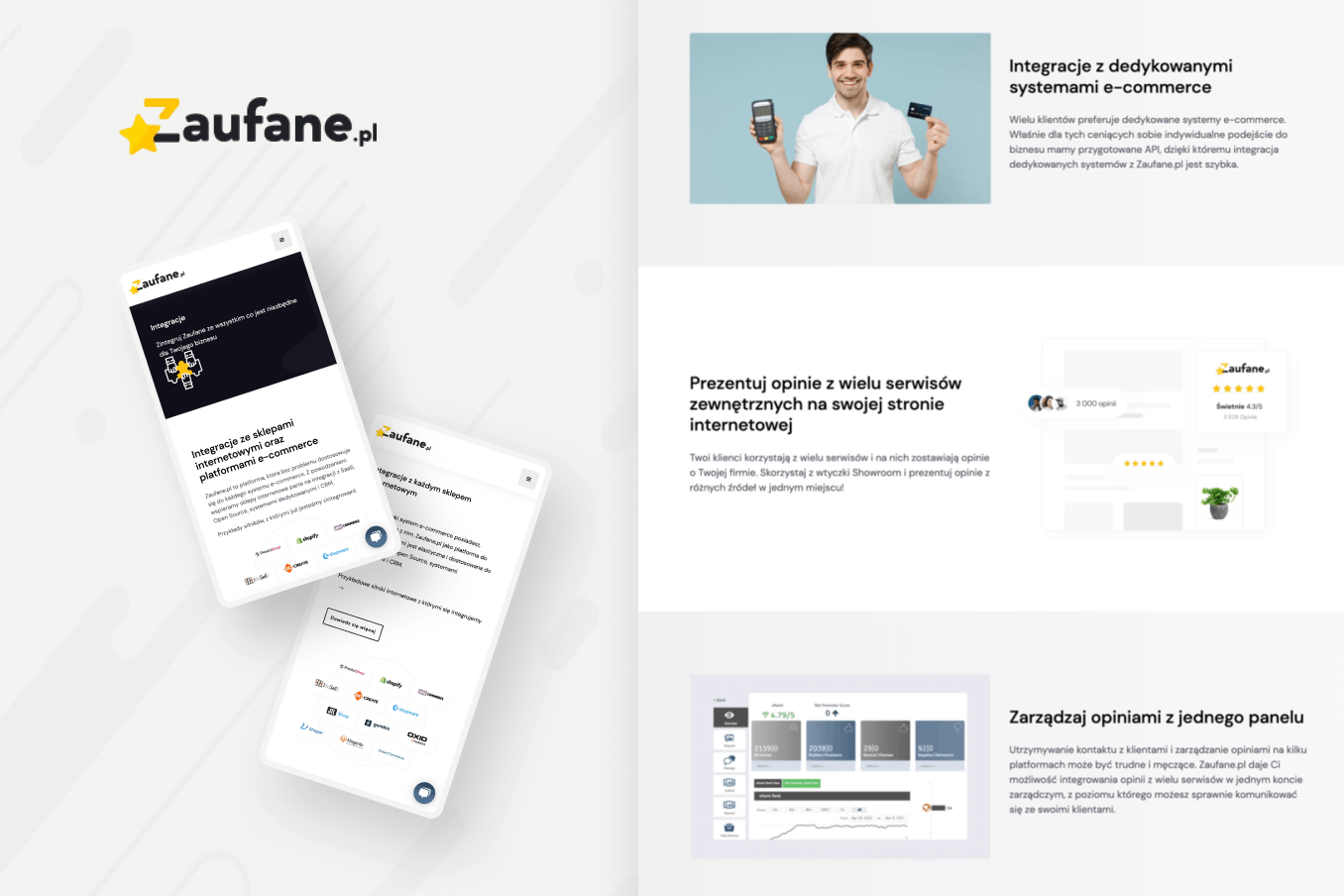 The Symfony Console was used during the development of the system, which allows us to easily add more online stores. We developed a system that supports multiple shop engines and allows us to add new online shops with just one command. To use the feedback system with the new shop, the customer only needs to provide their credentials to the store.

We recently managed to implement an interesting feature that allows us to add new stores from web applications instead of the symfony console. We currently run the application on multiple servers (HA – High Availability) so that if one of the servers fails, the system remains available 24/7. 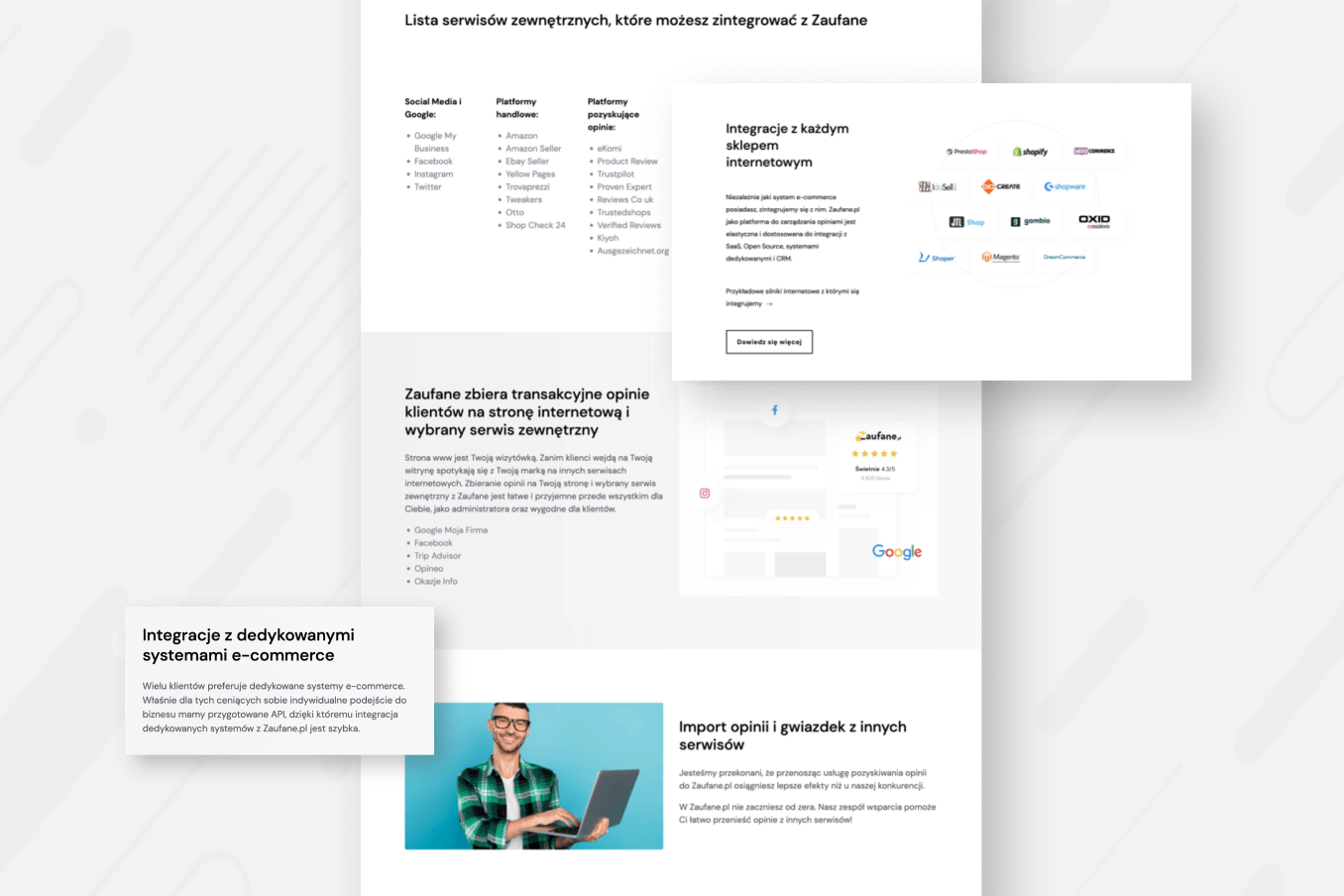