IMS Sensory Media is a market leader in sensory marketing. It provides advertising systems, technologies and tools for effective, business-efficient mood creation and positive atmosphere building at the point of sale. 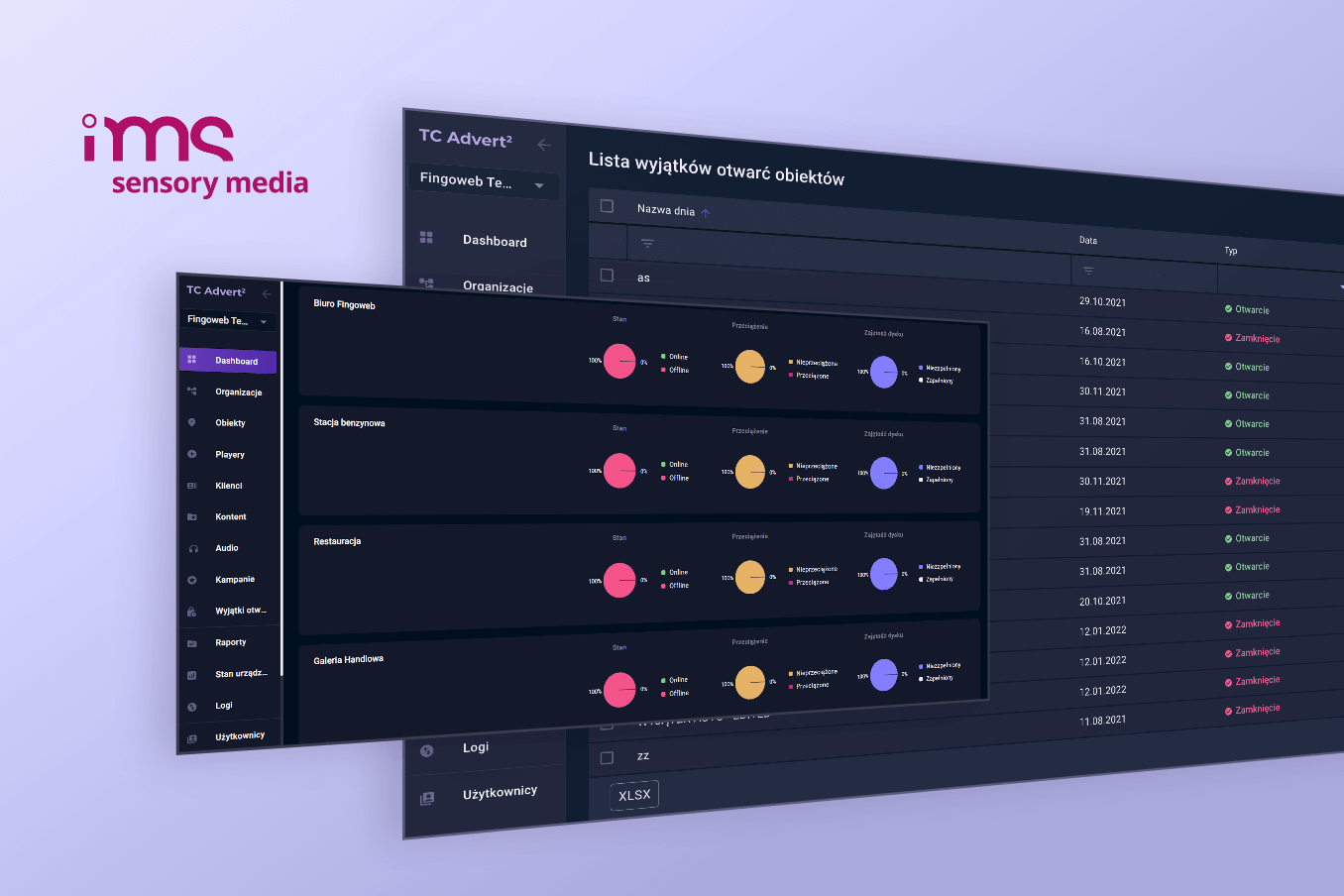 Fingoweb created from scratch a new Content Management System (CMS) and applications installed on players, which synchronize with the system via AWS server. During the first 3 months of our cooperation, we analyzed in detail the needs and requirements of the client, taking into account such aspects as the purpose of the product, system operation, required functionality, number of supported organizations, players and resources needed to complete the project. The next stage was to prepare functional mock-ups, which after the corrections and final acceptance by the client, were transformed into a graphic design of the CMS system.

The developed CMS has the following functions:

However, during video support, the application allows to: 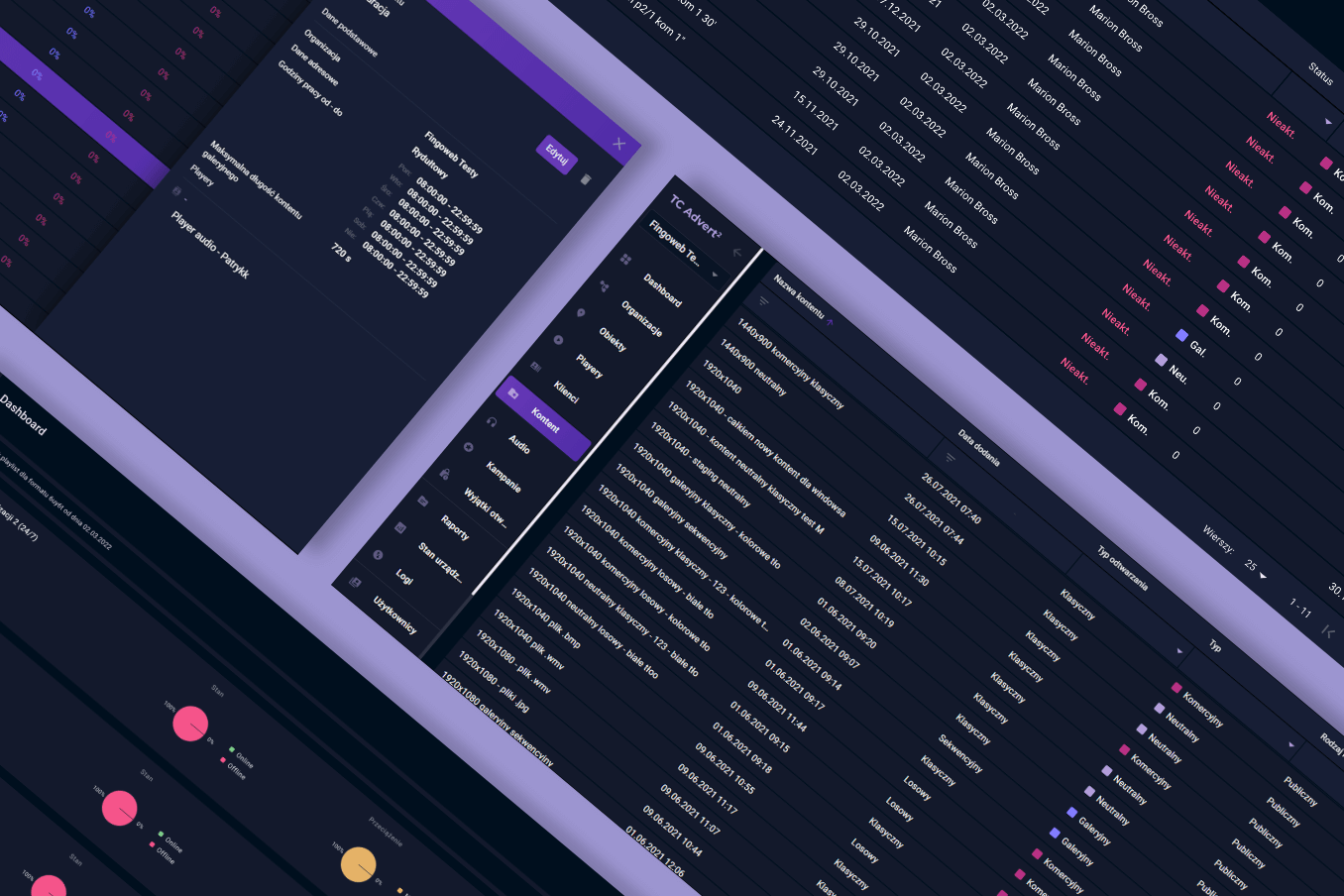 „We have verified the skills and experience of the Fingoweb team and can honestly say they are digital technology experts. Fingoweb specializes in tailor-made systems, providing smart solutions to grow your business. Together we are building a system for remote media management throughout Europe, which stands out in the market for sensory marketing."